To celebrate our bf-gf and wedding anniversary, P and I joined my highschool friends’ trip to Calaguas Island. I was hesitant at first since there’s no guarantee that by last week of April, my rest day would be Sat-Sun. Good thing it was still our training week and my boss allowed me to go on leave. Hayahay! This short but sweet vacation was really for us!

There’s always a spot about Calaguas on my newsfeed and I admire its beauty. It’s called “the conceal white beach of Bicol”. This group of islands is located in Camarines Norte through Vinzons or Paracale Port, a place you can reach by an 8-hour land travel plus, 2 and 1/2 hours boat ride. Lumaklak ako Bonamine dahil mahiluhin ako! Jaeron and Mandy, our HS friends, made this experience possible through Kalohe Kai Events and Services (there’s a brief review about our tour guide experience at the end of this blog) Each of us paid 2999php which includes lunch-dinner-breakfast “buffet” in Calaguas.

We left Manila at 10:30pm on April 28, Friday, and arrived in Cam Norte around 6am the other day, had breakfast in Daet and proceeded to Vinzons Port for our boat ride. We had our names listed on a sheet of paper and the coast guard checked if the number of passengers declared on the document matched the actual number in the boat. This made me feel secure.

The group was still sleepy from our long journey so we rested our eyes as we waited to get a sight of the beautiful island. After travelling for almost 11 hours, this scene made all pagod worth it:

But of course, pictures first!

There’s no network signal in Calaguas and it’s actually a good detoxification from social media. I was just worried because I instructed my daughter to send us a message and tell us how they’re doing. Thank God, the families we left in Manila were safe and sound. Anyhoo, our tour guide was supposed to be Kuya A but his wife, M, accompanied us as we tried to settle down. The island was full of people and we had a hard time finding the perfect place for our tents. It should be 2:1 so we should have 6 tents since there’s 11 of us in the group. Unfortunately, we felt that we would not get a comfortable space for us and our things which made us decide to rent a cottage. The first choice was the huge house (9000php) with airconditioner and own comfort rooms but we were told that they were reserved for guests already. Luckily, we got ourselves a kubo for 3500php where we organized our stuff, ate and slept for the next 24 hours. We still needed tents though and our tour guide set up 3 tents (instead of the promised 6)

Our lunch came and despite being disappointed because of the tents, I was ecstatic when I saw the food.Pagkain talaga magpapakalma sa akin! Haha!

After filling our tummy, we headed straight to the beach and plunged into the water. Oh so refreshing! The water was crystal clear and cold.

It was scorching hot but we did not mind as we enjoyed this paradise.

After swimming, some of us took a nap while the others shared stories. The next activity was Island Hopping (Tinaga Hill) and we almost missed it as we were too lazy and tired to get up. Tinaga Hill was a 15-minute boat ride from the island and you have to pay 25php as you enter.

The view was breathtaking and of course we did not let it pass without taking snapshots.

It should be a 30-minute stay on Tinaga Hill but we were there for almost an hour. Sorry! When we returned to our kubo, we bathed before eating our sumptous dinner. Ah the food!I loved everything that they served us during our stay.

This stolen shot by my friend is one of my favorite photos.

For night entertainment, there’s fire dancing and an acoustic singer. My friends and I watched for a bit but suggested we play cards in unison.

I forgot what the game was called but the consequence was to have a shot of liquor if you’re the loser. Since I don’t drink, P took my shots but I had 2. It’s been years since I last tasted alcohol. We laughed so hard and almost peed in our shorts (hahahaha!) because we had so much fun. Because of this card game, we came up with Peppa Pig sign which I think moving forward, will be Zabhao’s signature. It was almost 12am when we called it a night. The singles (love you, guys!) slept inside the kubo while the couples occupied the tents. Since there’s a store in front of us, it’s still hot even at night. We could not feel the breeze since the store’s blocking it.

At 5:30am, Kuya A woke us up for trekking activity. He said we have to be early as we can to avoid getting seared by the sun and to witness sunrise. It’s a good exercise to burn the sweets and carbs we had the day before but I must admit, it’s tiring! Our chest went up and down as we catch our breath because of the looooong walk but once again, we were fortunate to watch the beauty around us. It’s more delightful because I was with my husband and friends.

Since breakfast was not until 8am, P and I had a little photoshoot at the beach and swam for the last time. I don’t know how to swim, ladies and gentlemen, which is why I don’t go far and when the water is reaching my neck, I nervously go back to the shore. Poor me.

We had a hearty breakfast but the longganisa was bitin.

The group asked for more but were told they could only refill the pancit and rice. Anyway, since the scheduled departure from the island was 10am, the group was ready before 10 and just waited to be fetched. Unexpectedly, the boat we were supposed to take had other passengers on and to cut the hapless story short, the boat trip was delayed for 2 hours and we did not have enough time to surf because it’s almost getting dark. Lunch became an early dinner as we had our last meal at Catherine’s, facing Bagasbas Beach.

Our group added 1k to be dropped off to Manila so it would be convenient. We arrived home safely around 2:30am, Monday. Dead tired but all smiles as Calaguas has lots of memories we will cherish forever.

Here’s a brief review of our experience with Kalohe Kai:

Havey:
We all agreed that the food was great. They served viands with gata and it’s always hot and fresh, straight from their kitchen to our kubo. I just found the breakfast bitin. Since the itinerary said it’s “buffet”, I expected that it’s unlimited refill of food.

Waley:
Kuya A was accomodating and nice but his wife could have been nicer. She was sarcastic at times and  I really don’t know what happened but instead of 6, we only had 3 tents.

She insisted that we ride the boat going to Vinzons with passengers already on it. M kept on saying that it’s a huge boat and it can still accomodate 11 passengers with luggage. Just by looking at it, you could tell there’s enough people and the boat would be overlodaded if we join them. No, we would not take a risk, thank you very much. As we waited under the sun, a man tried to carry our bags (I am not sure if M told her to do so but they were talking before the man did it) We shouted NO! and told Kuya A we would not be on that loaded boat, they had to find a new one.

The driver could have been more careful. My friend told him to slow down since we almost collided with other vehicles not just once but he did not reduce his speed. Thank God, we were safe! We went home in one piece!

The comfort rooms were not clean, I am not sure if someone’s maintaining its cleanliness. The CR only has 3 cubicles, one of which has a broken flush.

The joy we felt with as we savored the water and wind in Calaguas with our favorite people made our trip noteworthy. I just hope that despite being a popular destination now especially that men from the government are considering Calaguas as the next Boracay, people can keep the island clean, take good care of it to preserve its natural beauty and resources.  Until our next travel, Zabhao!

Sharing is caring! Help me spread the word :)

I am a corporate jungle momma who works at night. Food, chocolates, kdramas, books, and an extra hour of sleep can make me happy. My family is everything to me. Let me overshare my stories as a working mom- my simple joys, struggles, victories, and failing forward. View all posts by Meg 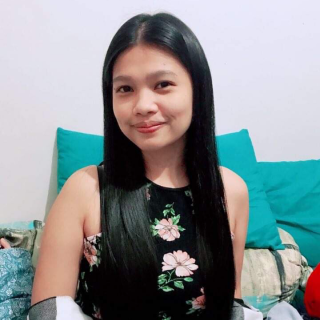 I am a corporate jungle momma who works at night. Food, chocolates, kdramas, books, and an extra hour of sleep can make me happy. My family is everything to me. Let me overshare my stories as a working mom- my simple joys, struggles, victories, and failing forward.

Thank you for visiting my site! ❤

I Was Featured on